So, This is the official Questions Paper and Answer Key for the paper 2 conducted on 2017  , taken from official website

(A) explains distribution of settlements only.

(B) hinges upon both fundamental and derivative concepts.

(D) has no place for manufacturing activities.

Q.2. At the end of the 20th century, which of the following produced highest amount of food?

Q.3. Adiabatic temperature changes in atmosphere is caused by which one of the following?

(A) convection and advection

(B) latent heat of condensation

(C) expansion and compression of the air

(D) partial absorption of solar radiation by the atmosphere

Q.4. A ring of coral reef and small sandy islands that encircle a shallow lagoon is called

Q.5. Match List-I with List-Il and select correct answer by using the codes given below the list:

Q.6. Which of the following is not among the four coral reef regions of India identified by the Government for intensive conservation and management?

(A) Gulf of Mannar

(B) Gulf of Khambat

Q.7. Assertion (A): The Himalayas have attained the isostatic equilibrium.

Reason (R): The Himalayan rivers have rejuvenated in the past.

Q.8. During the weathering of feldspars, all the following are produced except

Q.9. Two glaciers cutting headward from opposite directions form a

Q.10. Acid rain is formed due to contribution from the following pair of gases:

(A) Methane and Ozone

(B) Oxygen and Nitrous oxide

Q.11. Species diversity in an ecosystem is usually measured by using

Q.12. Psammosere is a succession which starts its development on

(A) bare surface produced by a landslide.

(B) bare sand in a cold desert region.

(C) bare, loose sand either on sea or lake shores.

Q.13. Bulk density of soil is ratio between:

(A) pore space and mass of solid soil.

(B) mass of solid soil and pore space.

Q.14. Which of the following is incorrect about the stratosphere?

(A) It extends upwards for 80 kilometres or more above troposphere.

(B) It is cold, cloudless with extremely thin air.

Q.15. The dynamic theory of Monsoon is based on

(A) differential heating of land surface.

(B) differential heating of land and water surfaces.

Q.16. Assertion (A): The Bay of Bengal is a breeding ground of tropical cyclones.

Reason (R): The Bay of Bengal is a tropical sea.

Q.17. Which geographer was credited with the development of Orthographic and Stereographic projection?

Q.18. Who was the first geographer to prepare the world Map?

Q.19. Assertion (A): Interannual variability of rainfall is the highest in the north-western part of India.

Reason (R): The north-western part of India receives the lowest amount of mean annual rainfall in the country.

Q.20. The bubonic plague, which swept across Europe in the 14th century, is also known as:

(A) The Black Death

(B) The Blue Death

Q.21. The term used to explain urban growth around metropolitan cities consisting of city care and continuous types of sprawl is known as:

(i) associated with a group of American neo-classical economists.

Which of the above is correct?

Q.23. The concept of “Topophilia’ was introduced into Geography in 1961 by

Q.24. The belief that social conditions, not environment, are the dynamic force behind cultural development is termed as

(A) the birth rate declines and then the death declines

(B) the death rate declines, but not the birth rate

Q.26. The higher percentage of population under 15 years of age is concentrated in which continent?

Q.27. As per the World Health Organisation, how much percentage of pregnancy or its management related deaths take place in developing countries?

Q.29. Which one of the following statements is incorrect with regard to a Lorenz Curve?

(B) It is constructed on the basis of cumulative frequencies.

(D) The Lorenz curve cannot rise above the line of perfect equality.

Q.30. ‘Standard error’ of the sample of success can be determined by the following formula:

Q.31. Which one of the following is a relative measure of dispersion?

Q.32. Which one of the following statements is correct with reference to fog?

(A) It is a kind of mist with very low visibility.

(B) It occurs in the lower part of the troposphere.

(C) It is produced due to air drainage.

(D) It is mainly found in the coastal areas. 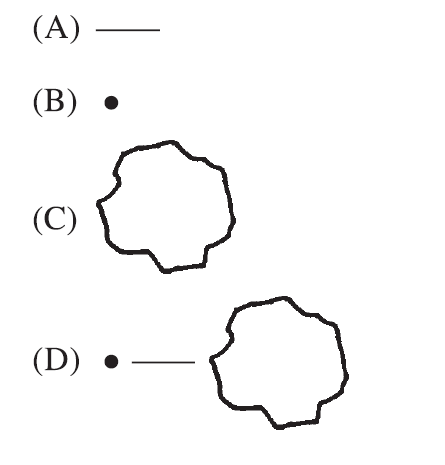 (A) the process of urban sprawling.

(B) the process of nucleation of land settlement patterns.

(C) the movement of householders from urban areas to suburbs.

(D) a process of population decentralization prompted by several factors, including the cost of living

Q.35. According to R. P. Misra, K. V. Sundaram and B. L. S. Prakash Rao the number of planning regions in India are as follows:

Q.36. Canal irrigation is most important in the Northern Plains of India, because

(B) the level of underground water is high.

(C) the sources of canals are perennial rivers.

(D) the region is densely populated.

Q.37. There is now a tendency to set up more sugar producing factories in South India because of

(iii) scarcity of other cash crops.

Which of the above answers are correct?

Q.38. Mention one large antecedent river from the following that cut into the portion of the Eastern Ghats and flowing down towards the Bay of Bengal.

Q.40. The branch of science dealing with the improvement of human race is called

Q.41. Who among the following is known for his/her works on vernacular houses in India?

(b) Growth for hierarchy

Q.43. Match List-I with List-II and select the correct answer from the codes given below:

(i) India and Bangladesh

(iv) Canada and the USA

Q.44. Which of the following is not an example of ‘Prorupt State’?

Choose the correct answer using the codes given below:

Q.46. Agro-forestry and Social forestry both include

Q.47. Which among the following occupations does not fall under the Quaternary Sector?

(A) Doctors and Nurses

(B) College and University Teachers

Q.48. Which of the following is the dominant fuel that is trapped in the form of gas hydrates at low temperature and high pressure within the sea bed?

Q.49. In the ancient period the boundaries developed as the

Q.50. As per the UNDP’s Human Development Report, 2016, which countries are among the top three?