Assertion (A): Von theunen argued that the sectoral fields are the most irrational, reducing the time spent by the farmers in travelling around the farm.

Reasons (R): Sectoral fields are not common but they are used in varying forming systems and environments.

In the light of the above Statements, choose the most appropriate answer from the options given below:

Q.2. Consider the following statements regarding the weaver’s method of crop combination.

(A) He proposed a method of analysis superior to simple inspection of the relative weights of the enterprises in a given area.

(B) He added a time dimension to the notion that Britain’s best and worst agricultural land has not changed during last century.

Choose the correct answer from the options given below:

In the field of agricultural geography Weaver (1954) was the first geographer to use statistical technique (Standard Deviation) to establish the crop combination of the Middle West (USA).

He covered around 1081 counties under his work.

During his case study he found that counties other than Houston and Minnesota, showed a complex and confused picture of the percentage occupied by different crops.

Thus, it seemed obvious that there was a need to device a rigorous approach that would provide objective, constant and precisely repeatable procedure and would yield comparable results for different years and localities.

The theoretical curve for the standard measurement was employed as follows;

For the determination of the minimum deviation the standard deviation method was used, which is expressed as 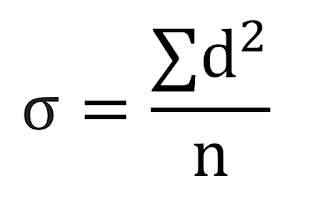 Following are the disadvantages of Weaver’s method

(i) It involves laborious calculations

(ii) It gives most complex combinations for areas of high crop diversification.

(iii) It occasionally tends to show lowest deviation for a crop combination which includes even one crop, occupying as less and one per cent of total harvested cropland.

Assertion (A): The locational – climatic factors put Mackinder’s Heartland at a relative disadvantage as compared to certain other larger and well to do areas of the world.

Reasons (R): Heartland was a region of permanent difficulties because of its location and resultant extreme climate

In the light of the above Statements, choose the most appropriate answer from the options given below:

This theory based on Land Power (Continental Power)

His theory is a spatial analysis of the geopolitics in terms of location, accessibility & natural resource base.

Q.4. Which one of the following codes correctly show the optimal location of profitability in different spatial cost / revenue situations in diagram below: 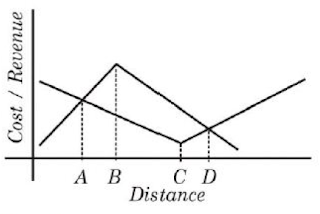 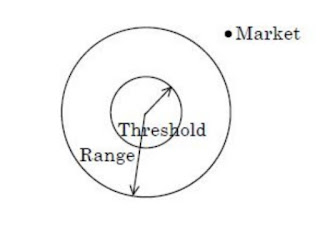 Above given figure explains a particular model, choose the correct option from the below

Q.7. Arrange the following methods of delineating crop combination regions in order of their appearance:

Choose the code from below:

Q.8. Which one of the following description for ‘Aw’ in Koppen’s world climatic classification is correct?

f- Precipitation throughout the year

Q.9. In 1687, who was the scientist to give for the first time a rational explanation of tides and tide producing forces of the moon and the sun?

Theories of Origin of Tides

Q.10. Who advocated the policy of deliberate unbalanced development?

Q.11. The Hydraulic Slope Theory was given by

Q.12. The ‘Doctrine of Uniformitarianism’ was postulated by

Q.13. The statement “The present is the key to the past” was made by-

Q.14. Two cycle theory regarding the ‘origin of Limestone caves’ was propounded by-

Q.15. If two cities with population of 24000 and 6000, respectively are located 18 km apart, the breaking point will lie from the smaller town at a distance of

Dab = Distance between city a and city b

According to Reilly’s “law,” customers are willing to travel longer distances to larger retail centers given the higher attraction they present to customers.

Developed a formula to find the retail break-point between two cities based on their populations.

Q.16. If in any region, the largest city has 10,00,000 populations, What will be the population size for the 4th largest city, according to the ‘rank-size rule’?

Zipf postulated that the size & numbering of settlements in any nation are governed by two sets of forces i.e.

Q.17. Given below are two statements. One labelled as Assertion (A) and the other is labelled as Reason (R).

Assertion (A): Losch believed that price increase is the result of transport cost and by rotating the demand curve around the production point ‘P’, the shape of the market area is seen to be circular

Select the correct answer from options given below:

Economic Location Theory or Theory of Market by August Losch (1954)

August Losch published book titled “Economics of Location” in which he established a general theory of location.

This theory formulated in 1940 and was translated into English in 1954.

Losch’s study was based on the urban places of entire Germany, in which he took into consideration 150 commodities and services, including the manufacturing and industries.

Q.18. Which one of the following principles of central place system operates in a region if K= 7, is applicable for spatial organization of settlements?

v Central Place Theory (CPT) is an attempt to explain the spatial arrangement, size, and number of human settlements.

Zipf postulated that the size & numbering of settlements in any nation are governed by two sets of forces i.e.

Concentric zone model of urban land use proposed by E.W. Burgess in 1924

Q.20. From the given diagram of Multiple Nuclei Model of urban structure devised by C.D Harris and E.L Ullman, identify the urban land use pattern of nuclear centres of 3 and 6? 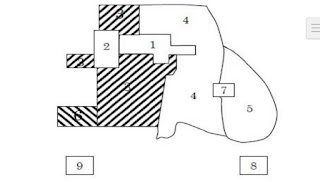 Based on: Chicago city